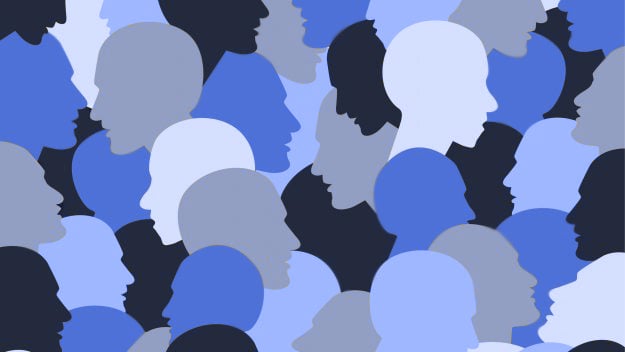 Have you ever considered how many languages exist in the world? Let us answer the question for you: More than 7100 languages are alive today. More than 7000 languages with their unique structure, unique sounds, meanings, dialects… As editors, translators, and all the other “language workers” know, every single language is a part of a unique culture that shapes people and the environment around it. That is why we think language preservation is important. In this article, we will look into some aspects of language preservation and explain its importance.

What Exactly Is Language Preservation?

Let’s start with this easy-looking question. Just as you can say from the name, language preservation is the name given to all efforts to prevent a language from becoming forgotten, in other words, dead. If you live in a country with only one official language, you may wonder “How can a language become forgotten?” But most of the 7100 languages are spoken languages—meaning they have no written form. Usually, these languages are taught by parents in small communities. New members to those communities keep the language alive by teaching it to their children just like their parents did. Such languages may possibly become forgotten as each person leaving the community equals one less speaker for that language.

Despite taking years to go extinct, it is relatively easy for a spoken language to die in today’s fast-changing world. In fact, it is so easy that linguists estimate more than 250,000 languages are dead by now and a language dies every two weeks on average. Not only spoken languages are in danger, but also some well-known languages are losing their influence as well. Latin, Greek, Arabic, and even French are among the examples. According to studies, more global languages, such as English and Spanish, are dominant to these languages even though they have written form and well-developed literature. This data show that language preservation is not only important for spoken languages, but also for some popular languages as well.

Now that we know what language preservation is and that some languages are dying, time to move to the next question:

Why Does Preserving the Language Matter?

Why should we care about languages and why should we try to save them? You may be thinking that it would be much easier for everyone if humanity had only one language, but what about cultures? When it comes to languages, it is just not possible to just overlook the cultural elements involved. Culture makes us who we are and language, if not anything else, is one of the many forms culture turned into.  It can be seen as a tool to evaluate and shape our own culture. Nothing else other than language itself has such a capability and if it is changed in any way, the very same effect can be observed in culture as well.  That is why language is directly related to human relations, traditions, customs, and even cuisine itself. Once a language is forgotten, all these along with history and more will be forgotten with it.

What Can Be Done to Help Language Preservation?

There are various language preservation organizations and language preservation projects. One example is ELP (Endangered Languages Project) which provides a detailed world map showing endangered languages in every country. Most of these projects aim to gather data and provide educational materials if it is possible. Some of them try to preserve spoken languages by documentation.

You can donate to these organizations or participate in these projects to help them. If you are not able to do any of them, just being aware of the importance of language and its close connection to culture is enough in itself as well.

There are other ways to preserve a language individually as well. For oral languages, recording the language may be influential in transmitting the language to younger generations. Writing about such languages (for example, where they are spoken) will also help to create a historical account of nearly-extinct languages.

Written languages can also be potentially assimilated into other languages or suffer from solecism. Assimilation happens due to too much foreign influence on languages, and in our globalized world, many languages are at risk of assimilation due to the tremendous amount of loan English words. Solecism, on the other hand, refers to the transgression of grammar rules. It is caused by the fact that some grammatical errors are so frequent that they start to sound natural. Unfortunately, even language services providers may make such mistakes and come up with translations full of borrowed words and grammatical errors. Luckily for you, Protranslate gives utmost attention to correct language use with its team of expert translators and cautious proofreaders. Get your projects to be translated without any errors!

Back Translation
Who is more local: You or those new generation Chatbots?
State of E-commerce During and After COVID-19
Different Types of Medical Translation for Healthcare