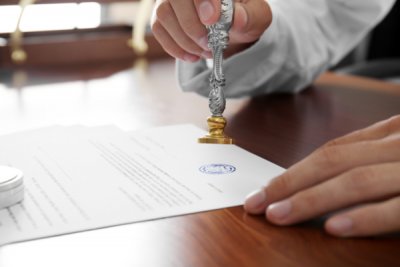 Let’s dig a little deeper into this idea though and remind ourselves of what translation is outside of it. A translation is not an explanation or summary of a document, it is an accurate and complete replica of the original document into a new language. Meaning for official documents it should carry the same weight in its meaning. Any good translation agency will uphold this extremely important differentiation.

What are the features of official translation?

More often than not an officially translated document will carry a stamp and often include a statement by the sworn translator that this document is valid. This way authorities can be reassured of its validity and the professionalism and standard of the translator who worked on the document.

When is official translation used?

Another example could be ICA (Immigration & Checkpoints Authority) Translation. This type of translation is for anyone who might need personal identity documents translated for the purpose of both travel but also immigration and individuals with the intent of moving to a new country. These types of documents are extremely valuable and important some of them including medical status, Work clearance, driving licenses, court documents, police clearance etc. Every country is different and has different immigration requirements.

Similar to ICA Official Translation is USCIS (U.S. Citizenship & Immigration Services) Translation. USCIS is a unit of the United States Department of Homeland Security that is responsible for naturalization and immigration services. It is an extremely strict department and the process of naturalization is a rigorous process.  Meaning the correct translator becomes even more important! Immigration is a stressful process and anyone should want to do what they can to make that process that much easier. Why use an inexperienced translator or freelancer without the proper experience when it comes to something as important as this.

For USCIS, there are various requirements documents that need to be signed and stamped with a “certificate of accuracy.”. Non-certified translations will not be accepted and can ruin an individual’s chances of being accepted in a new country. Only proving again the importance of getting certified translation of official documents. Let Protranslate help with this and make sure future chances are ruined. Not only that, to make it that much easier, Protranslate provides USCIS official translation online.

What is Unofficial or Non-certified Translations?

Now that we have covered the importance of it what about non official translation? Other than the obvious that it is not done by a sworn translator – documents under this type of translation will not bear any recognition within a court of law. Even if it is translated correctly 100%. Furthermore, these types of translations will more often than not be in electronic form – Microsoft word, excel, power point and even PDF. Additionally, these types of translated documents can be delivered electronically as well.

Benefits of Subject Matter Experts in the Translation Industry
How to scale your business and maintain success with localization services?
Post Editing and State of Post Editors Today
Protranslate Fundamentals: Book Recommendations for Translators